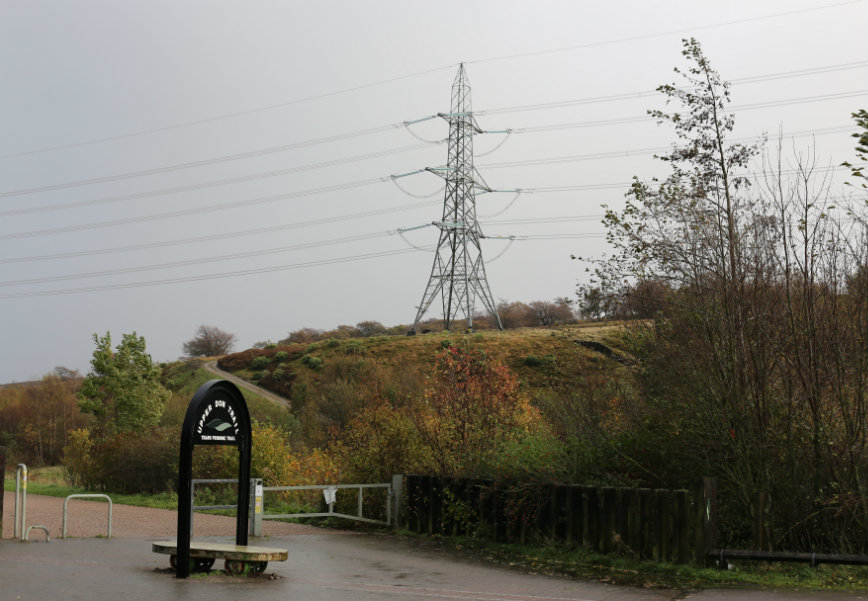 The Peak District East VIP project would replace a 1.5km section of overhead line east of the Woodhead Tunnel near Dunford Bridge with underground cables, permanently removing seven pylons and a sealing end compound from the landscape. The preferred route for the new connection runs alongside the Trans Pennine Trail to the south of the River Don to join existing cables in the Woodhead Tunnel.

As part of the project, the Trans Pennine Trail would need to be temporarily diverted to allow for our work but would remain open throughout the project’s construction. We have worked with local technical stakeholders and landowners to identify the best route for the temporary diversion, which follows the existing track to the north of the River Don. The diverted trail will cross the river using two new bridges – one permanent at the car park end, the other temporary.

Construction of a new sealing end compound and the associated replacement terminal pylon would be required at Wogden Foot to connect the new underground infrastructure to the remaining overhead line. At the western end the new cable connection would join up with the cables running through the Woodhead Tunnel.

Since 2016, we have carried out a range of ground investigation works and a number of environmental surveys north and south of the River Don, near Dunford Bridge, to identify any environmental issues and to develop the engineering plans for our project. Following public consultation in late 2018 / early 2019, we submitted a planning application for the project to Barnsley Metropolitan Borough Council in August 2019.
In December 2019, we submitted an additional planning application to the Peak District National Park Authority for proposed enhancements to the existing car park at Dunford Bridge.

The current indicative programme is that, subject to all necessary approvals and consents, on site works will commence in 2020 and take approximately two years to complete.

Please click here to see a map of the the proposed route: